ART AT THE BOUNDARY OF THE UNKNOWN

Watch the video below (13 min) for a visit of the exhibition @ Art Lab Ibiza and a sneak peak into my art studio.

For the opening night of Hybrid Worlds, together with a group of artists and creative from the island, we offered participatory art experiences and an immersive performance.

Watch the videos of the opening event & performance

Visit my art galleries and read more about the artistic journey behind the work below ... 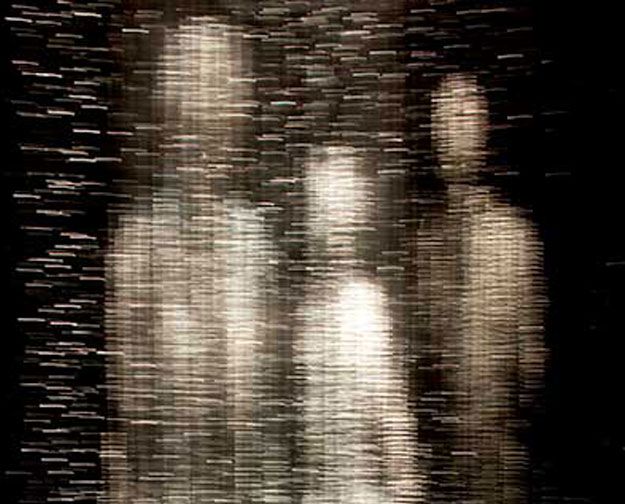 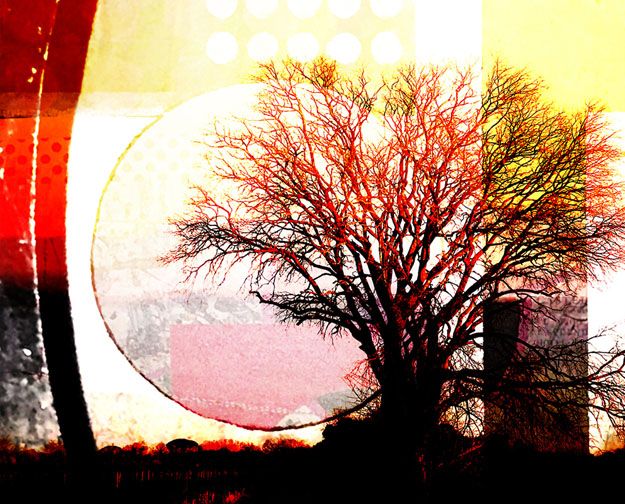 CHAOSMOS
Check my collection of NFTs on OpenSea

Bewitched by the mystery of light traveling from the far ends of the universe carrying information from other worlds, light emerged as both a subject and a medium early in my work. I like to call myself an artist explorer because of my insatiable curiosity to experiment with many artistic media. Originally trained in painting and sculpture, I started working with physical light as a medium using quartz crystals, mirrors, perspex and metal in light sculptures and light installations in 1996.

In 2003 I created my first fibre optic light sculpture, this new medium brought a big shift in my work, generating many art pieces inspired by the profound technological shift that was taking place. In 2007 the first family of Homos Luminosos was conceived, beings of light digitally designed and carved by hand in a mass of optic fibres. Standing as symbols of our new relationship to technology and consciousness, they traveled the globe and the net, encountering thousands of people in public exhibitions and international events.

Meanwhile my journey with the subject of light was leading me to explore the inner workings of consciousness itself. Fifteen years ago I entered an intense transformative cycle. I first trained as a gestalt art therapist. Gestalt is a form of therapy that focuses on provoking shifts of perceptions through creative experiments, thus unlocking the fixity with which we grasp our reality. I graduated with an extra Master in Art & Psychology and a Post Graduate degree in Expressive Arts. I studied Jungian Sandplay Therapy working with symbolic miniatures scenes and archetypes, as well as in Systemic Family Constellation and Transpersonal Trans-generational Therapies. This profound journey at the contiguity of art and consciousness transformed my art practice into a new fertile ground, a container to express dreams, playful fantasies and futuristic visions emerging from the depths of my unconscious.

Working as a Gestalt art therapist, a creative coach and an expressive art teacher, led me to unwrap the fundamentals of my own creative process, particularly the play of chaos and order, the use of accident and intentionality. I became more and more interested in the bridging of both digital and hands-on analogue practices, looking for ways to stay energetically embodied, physically present and creatively playful while tapping into high speed data streams. While digital creation plugs into rapid data flow, an accelerated perception of time and a multiplicity of instant possibilities, hand made creation brings me back to what I call “earth & body time”, back to the sensoriality of artistic gestures like painting, cutting, assembling real materials and experiencing intimacy with the physicality of the medium itself.

I believe the practice of collage associated with surrealism has been central to the evolution of contemporary art and digital practices. Surrealism and the exploration of dream states became a central theme in my work. Dream time is considered our most unbridled creative state because of the new associative possibilities occurring in dreams. ‘Even without waking dream recall, changes within associative networks produced by the brain mechanisms of dream construction leave brain networks that can be reactivated at a later time, leading to new creative insights.’ says researcher Robert Stickgold in ‘Creativity of the Dream and Sleep State’. Hypnagogia is the transitional state between wakefulness and sleep in which a random breaking down /deconstruction/ of our reality manifests into speckles, lines, patterns, forms and figurative contents until shaping into fragmentary dreams and imagined scenes.

I started experimenting with recurrent cycles of deconstruction and reconstruction in my creation process to break free from the fixity of the habitual and to let emerge new associations/relationships between elements.

These cycles became evolutionary activators for the work. Allowing the medium to guide the process, my art practice turned into a laboratory to explore and observe states of flow, time perception, randomness, synchronicity, free association, new insights, the gestalt of forms and compositions, relationships, patterns, repetitions and variations. With a continuous looping motion between digital alteration and physical deconstruction, the work grew into a hybrid of digital and hand made components combining photography, video, painting, mixed media, collage and assemblages.

Works from the Dreamscapes series are often connected with planetary conjunctions, ancient memories, archetypes, poetic dreams and future visions, inspired by fleeting life moments, the contemplation of nature and the elements, the island of Ibiza, time lapses of synchronicity deconstructed and reconstructed into imaginary landscapes, digital and analogue mixed media patchworks, shadow and light boxes, readymades and miniatures scenes.

Works from the Chaosmos series are playful experiments in which I randomly de-construct forms, shapes and patterns, to re-construct them anew, letting an unplanned re-ordering flow reshape the disorder into new aesthetic harmonics and forms.

Works from the Lightscapes series are cosmic compositions in which I play with the textures or “fabric” of light, inspired by sacred geometry, mandalas, waves, I use digital photography or video to capture pure light in nature or around my light sculptures.

I now practice a/r/tography, a dynamic triangular method of aesthetic inquiry that bridges art making, researching and teaching as well as Artography, a blend of digitally manipulated photography, video, textures and shapes, using both digital and analogue tools to create mixed media compositions.

I work and teach in a trans-disciplinary way, allowing improvisation, performances, rituals, symbolic expression and reflective journaling to nourish the creative process.

The works that took shape these last years are the result of this artistic exploration while navigating our collective evolutionary landscape.

How can art be a collective medium for evolution, innovation and social change?

Since the beginning of time there has been a dialogue between art and consciousness. Art and artists mirror and stretch our collective perceptions and social fabric.

While our reality is becoming virtual, and technical innovation is exponential, how do we preserve our physical, sensorial, emotional, mental and spiritual balance? How can the arts inspire our capacity to be sustainable conscious individuals connected with our humanity and with the world, engaged in the fabric of our social evolution?