The creative potentials of accident and error:
From blot art to glitch art

How accidents, disruptions, errors, and irrational “misbehaviours” can shift our perceptions and inspire new forms of creativity, aesthetics and poeisis.

The earliest testimonies of symbolic thinking and aesthetic sense in the human heritage possibly originated in the tendency of the human eyes to read into nature’s accidental shapes, like the Makapansgat cobble, a 300.000 years old piece of jasper with the crude rendition of a human face that was found in a South African cave near the bones of our ancestor the australopithecus, or in the Chauvet Cave in France with art dating from 30.000 years ago, where the artist used the natural shapes of rocks to support the vivid representation of wild animals.

Later artists from the tradition of Chinese Zen ink painting masterly use the provoked accidental shapes of ink stains to create minimalist landscapes, and Japanese artists from the tradition of wabi-sabi, celebrate the aesthetics of the broken, the imperfect and the incomplete.
Leonardo da Vinci (1452–1519) encouraged his students to search for meaningful forms and shapes in the chaos of nature and crumbling walls.
The ‘blot paintings’ of British painter Jean Robert Cozens’ (1717-1786) skillfully transformed splashes of ink into ruins, mountains or stormy skies.

These artists developed a kind of collaboration with the organic accidents of nature, using them as starting points for art making. The water, the brush, the paint itself guide the hand, rather than the mind, allowing shapes to emerge almost by themselves. Letting go of the “conscious mental guidance” (Da Vinci) is liberating the eye of the artist from a fixed interpretation/idea that might limit the development of the work. 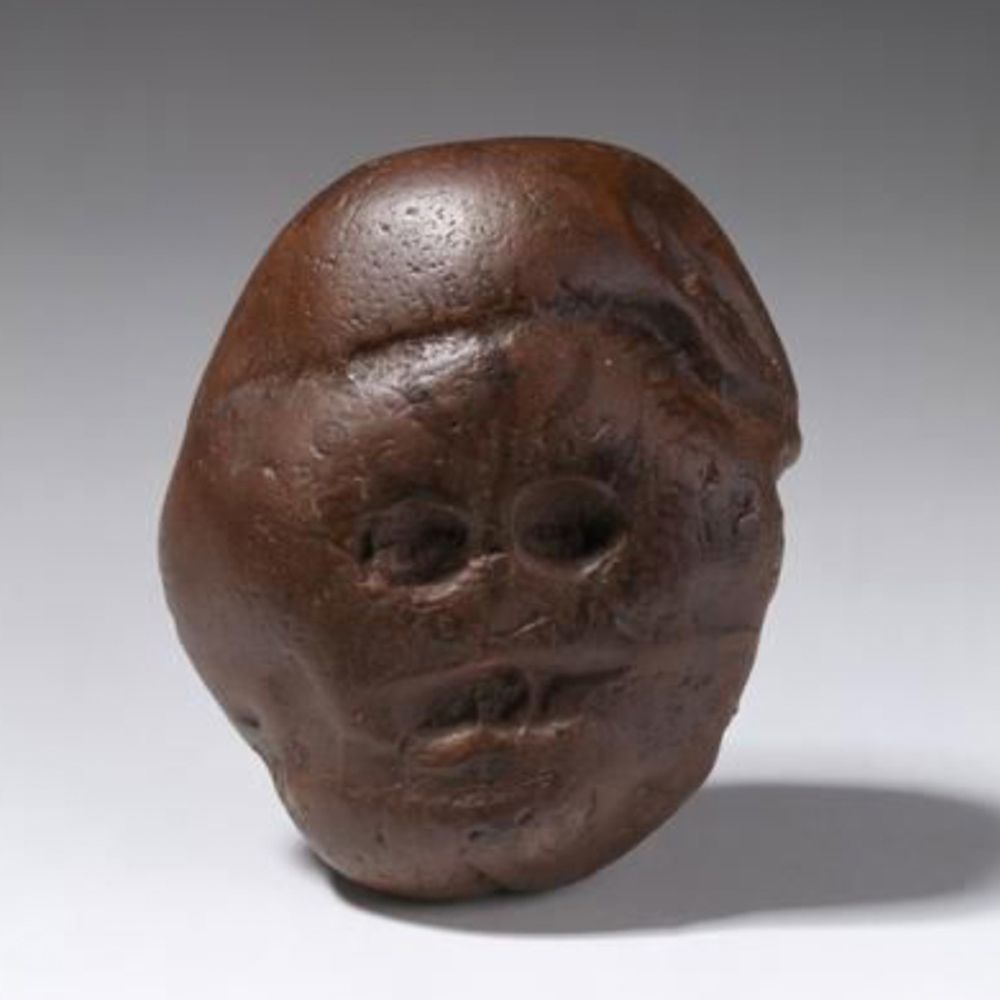 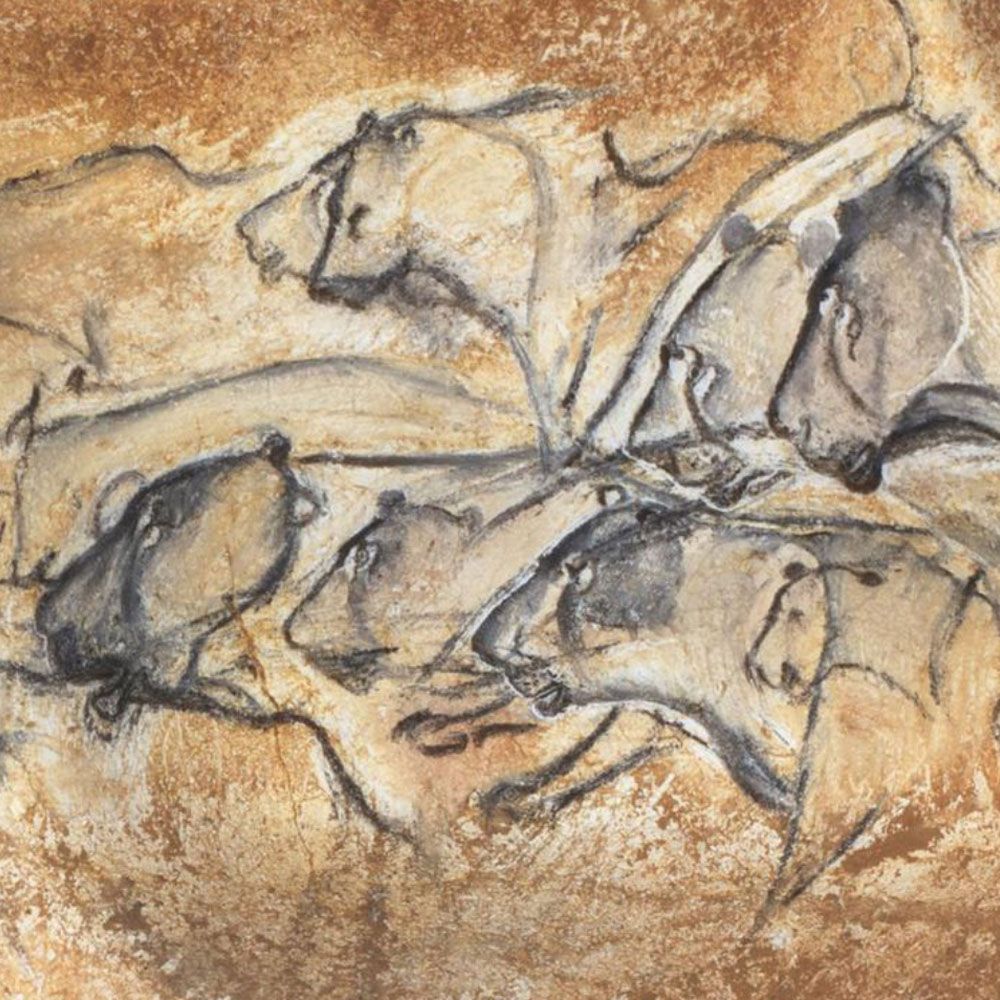 How we recognise forms in accidental shapes became the subject of studies in the 1920s with the discoveries of the principles of Gestalt perceptions and the law of figure-ground organisation. The human eye has a tendency to group visual clues into a fixed image. Most of what we see is in fact the product of our brain's “interpretation” or extrapolation, the brain tends to reproduce or recognise what it already knows.
I believe artists need to constantly “refresh” their “gestalt” or the way they perceive forms, relationships and composition, ideas and aesthetics, in order to keep the eyes/brain ready to discover, re-discover and create new. If imagination is our capacity to find new relationships between previous unrelated ideas, images or objects, imagination is also our human ability to break free from the past and allow “new gestalts”, or new possibilities to emerge.

While Freud, Jung and others started to unveil the mystery of the unconscious, the use of chance and the irrational became a crucial creative strategy for a wide number of surrealist artists. Chance art opened a gate to explore the unconscious layers of our psyche and it also shifted our perceptions of what art is, giving birth to a new generation of aesthetics and poiesis.
The fabrication of accidents in art, Marcel Duchamp’s (1887-1968) famous “canned chance”, is a key component of modern art and postmodern contemporary practices. “I use chance instead of operating according to my likes and dislikes, thus avoiding preconceived ideas in order to be open to possibilities that I might not naturally consider” says John Cage (1912-1992) one of the most influential composers of the 20th century who in the 1950s, was introducing accident and chance in his composition of aleatoric or chance-controlled music created with computer programming inspired by the oracle of the Chinese Yi Ching.

Artworks that play with the tension between accident and intention; and how the eye, brain and perceptions collaborate, create what Brazilian artist Vik Muniz calls ‘multi-stable images’ that seam to evoke the idea of multiple realities and the multiple layers that constitute the phenomenology of human perception.
The use of chance and accidents is also an attempt to let go of our need and social conditioning towards control and results.
The study of gestalt perceptions and the phenomenology of human experience have extended into neuroscience, psychology and psychotherapy during the 20st century, particularly to develop creative tools that provoke consciousness shifts in the perception of our reality and help free ourselves from perceived enclosed situations. 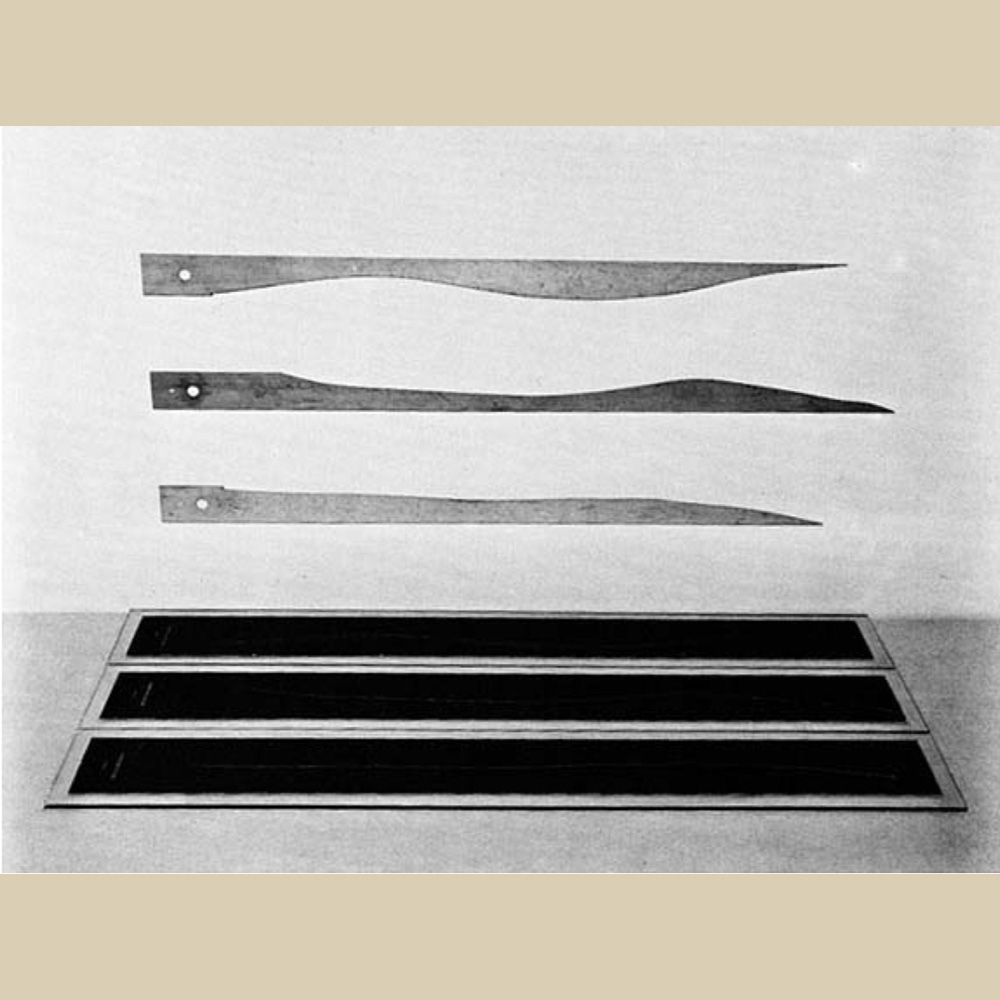 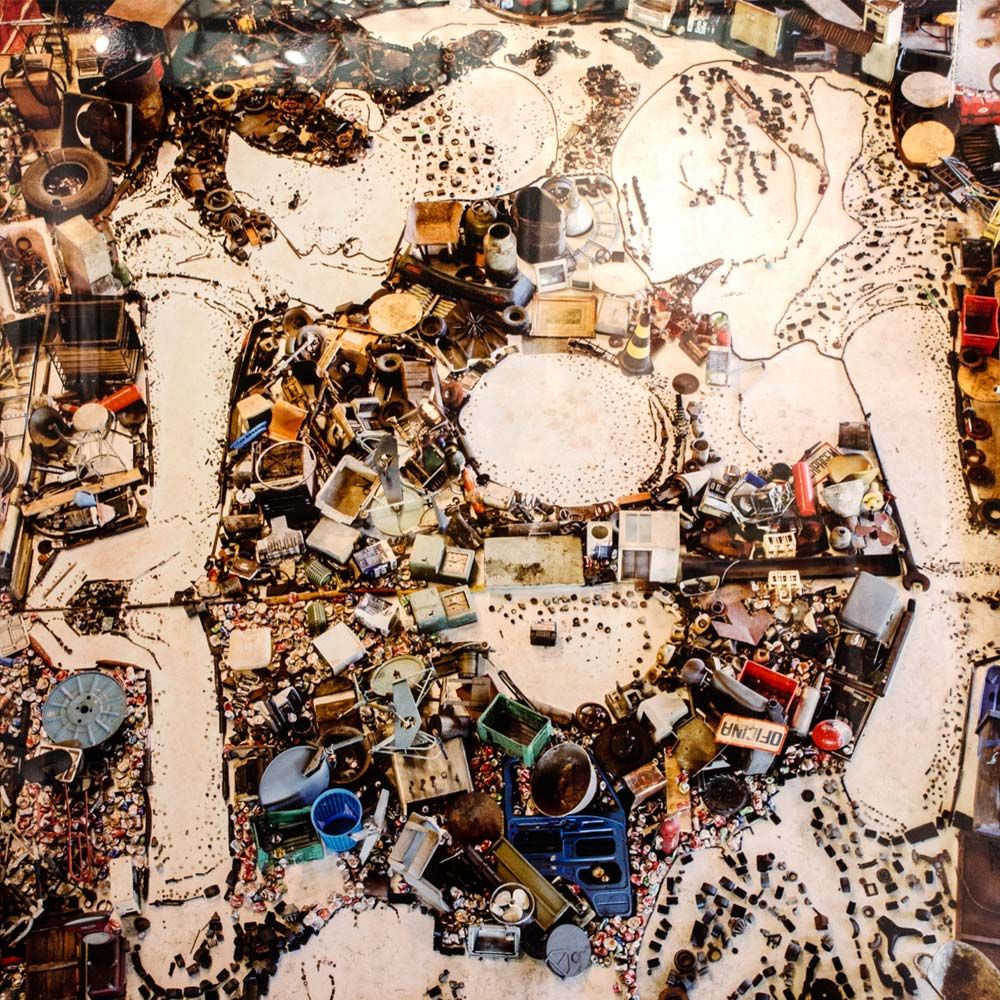 Today glitch art is known as the practice of using digital or analog errors for aesthetic purposes by either corrupting digital data or physically manipulating electronic devices. Glitches started to appear in visual art such as the film A Colour Box (1935) by Len Lye and the video sculptures created by Name June Paik (1932-2006). Paik used a magnetic field to interfere with televisions’ electronic signals, distorting the image on the screen.
In the 1990s the famous “Lomography” photo effect became a popular contrarian photographic style characterized by oversaturated colors, distortions, and unexpected prismatic effects. Many professional photographers have exploited these accidental distortions to create new amazing pictures.
DJ and MCs use scratching, or scrubbing, to produce percussive or rhythmic music from scratchy accidental sounds while moving a vinyl record back and forth on a turntable.
A vast number of visual artists choose to express themselves through the language of glitch, thus questioning our relationship to technology and control while developing a new digital aesthetic. Errors are the building material of glitch artists, who invent various methodologies to enforce the deformation of the source data and create a noisy aesthetics.

In a culture in which all seams to have been done, contemporary artists see accidents as tools to produce something new, something that they would not have been able to think of in advance, or they wouldn't have even thought to create. Integrating malfunctions, dysfunctions and accidents within the creative process becomes a way to shift their perceptions or previous "gestalt" and extend their artistic exploration conceptually and aesthetically.

Numerous discoveries and inventions processes have emerged from spillage, breakage, and other manner of unintended action and lead to valuable, though unexpected, outcomes. Robert D. Austin and Lee Devin both teachers and scientists are studying the relationship between accident and innovation in their paper "Accident, Innovation, and Expectation in Innovation Process". Finding inspiration in artistic practices, they are trying to develop models that integrate accidents within scientific research to foster innovation and discoveries.
Humans themselves might be the produce of a genetic accident. Scientists form the University of Edinburgh discovered that humans developed as the result of an increase in the number of brain genes in our evolutionary ancestors. They believe that a simple invertebrate animal living in the sea 500 million years ago experienced a ‘genetic accident’, which resulted in extra copies of these genes being made. This animal’s descendants benefited from these extra genes, leading to behaviorally sophisticated vertebrates — including humans. 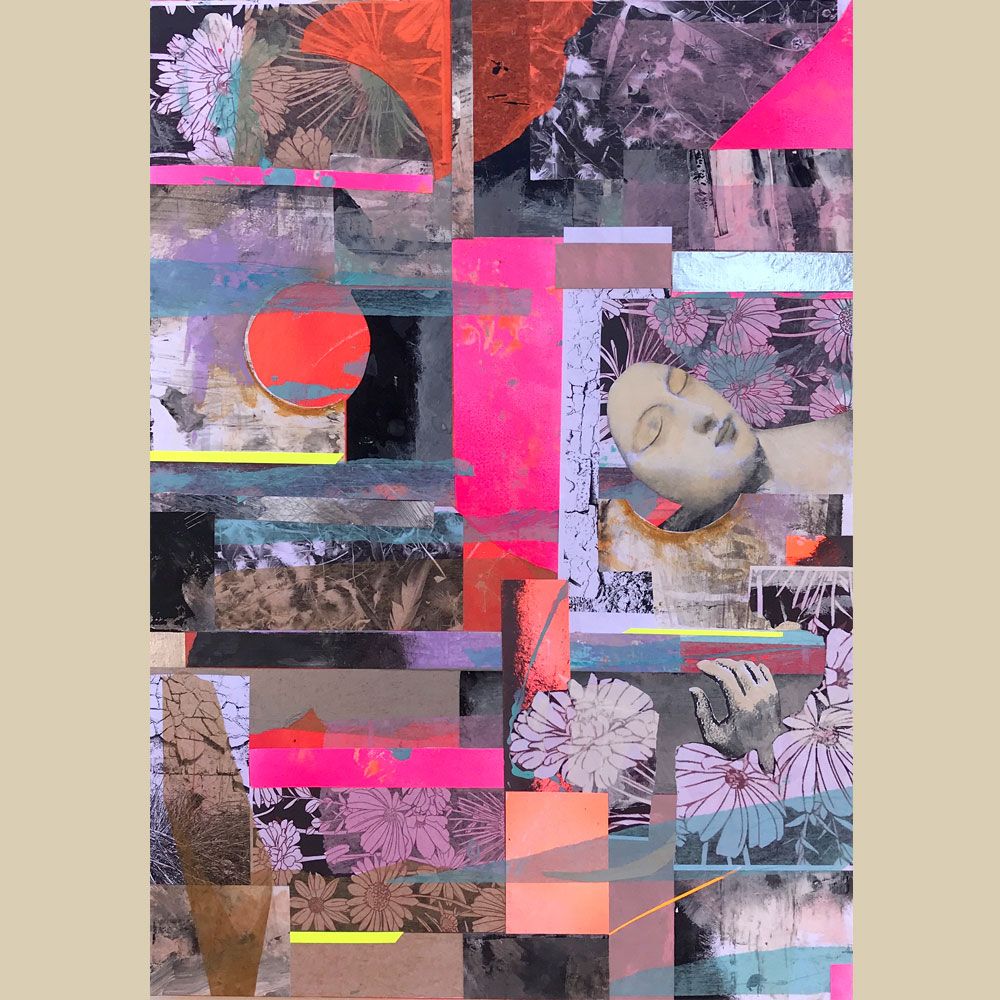 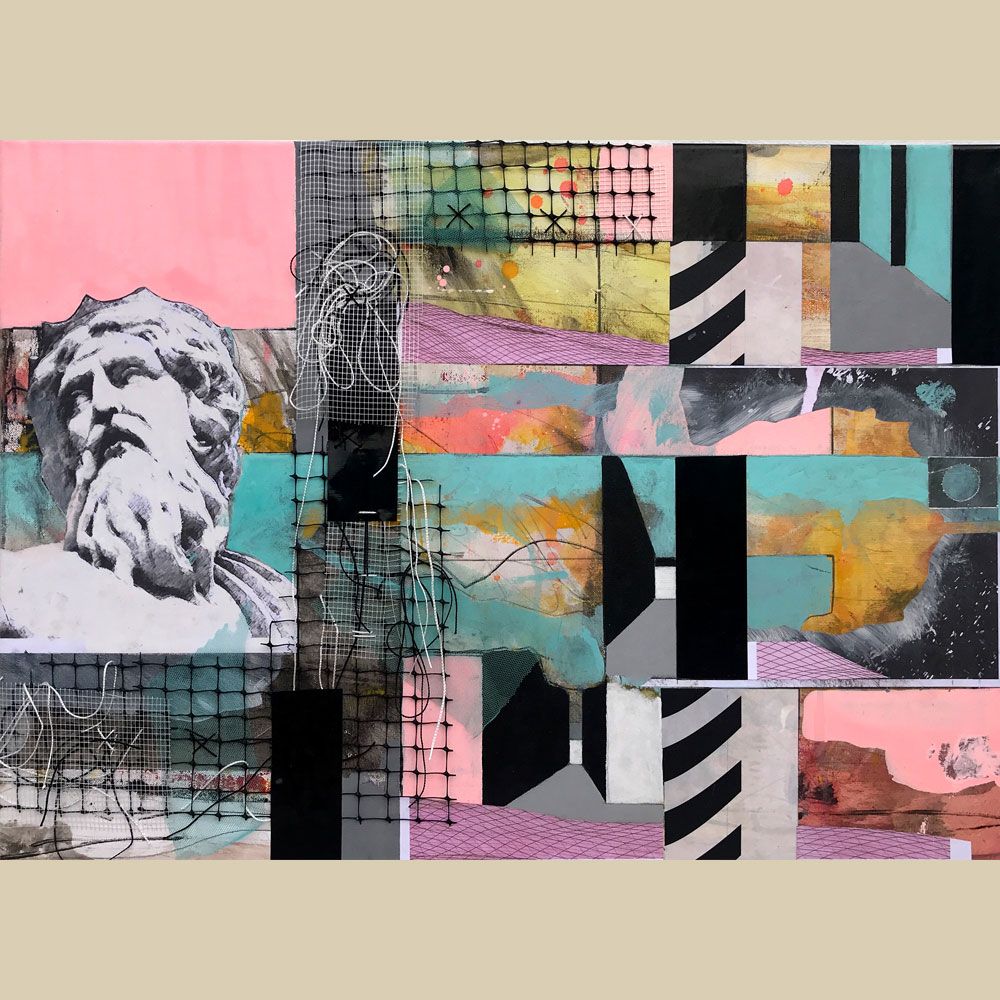 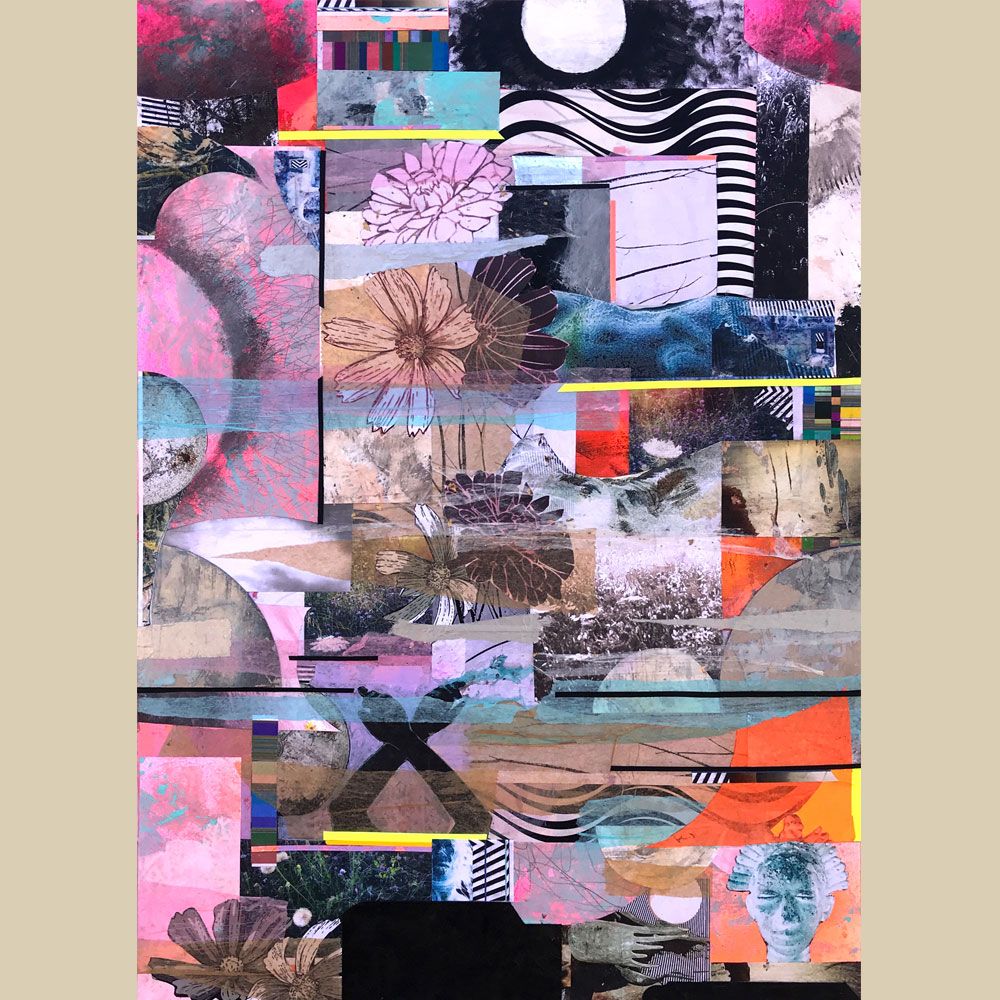 In my own creative process I keep exploring, provoking, inviting and manipulating the aesthetics of irrational gestures, accidents and glitches in search for new, unexpected and surprising outcomes. The hypnagogic breaking down of reality (the transitional state leading to sleep) became an inspiration to break down my own images and painting materials and reconstruct them into new forms I call “dreamscapes”. As I let go of my need to control and create what I perceive as the “right aesthetic”, I allow a new gestalt to appear, a new possibility to unfold.

These hybrid analogue mixed media pieces combine digitally “glitched” and manipulated photographic images with painted images and all kind of graphic accidents in a handcrafted deconstructed-reconstructed assemblage process that merges reality, dreams, archetypes and fantasies into imaginal narratives. While digital creative tools provide a range of new graphic possibilities to explore, the hands and their haptic relationship to the materials, keep playing a central role in the creation of the pieces.

In my teaching I have observe how a key shift in perceptions occurs for my students when they start to awaken to the resources and aesthetics of accidents. It often becomes a starting point to develop their own aesthetic vocabulary from a low skills/high sensitivity entry point.
It also gives them an embodied opportunity to experience the rewards that come from trusting the creative process and its necessary exploration phases of trial and errors through the fertile void of the unknown …

These kind of creative experiments will be part of my next Virtual Live Art Laboratory, an art based experiential online course starting in February that bridges digital and analogue art practices. 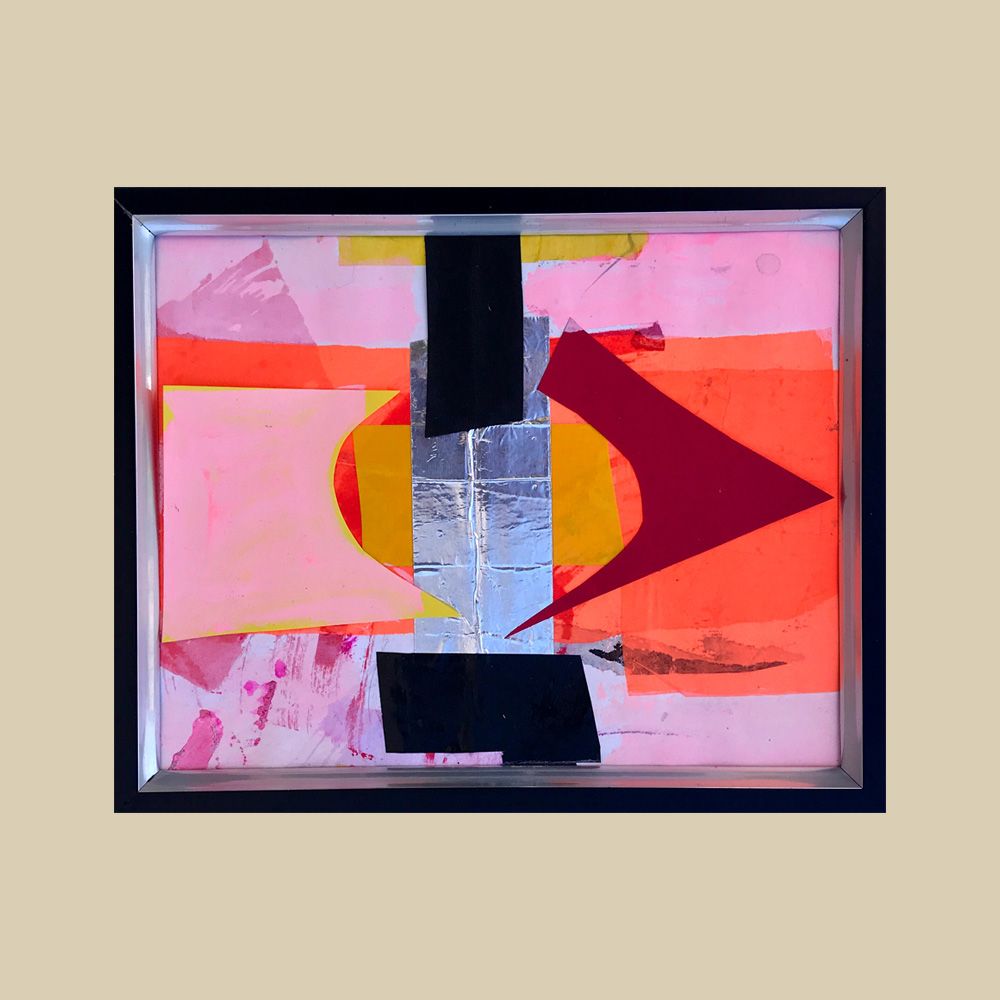 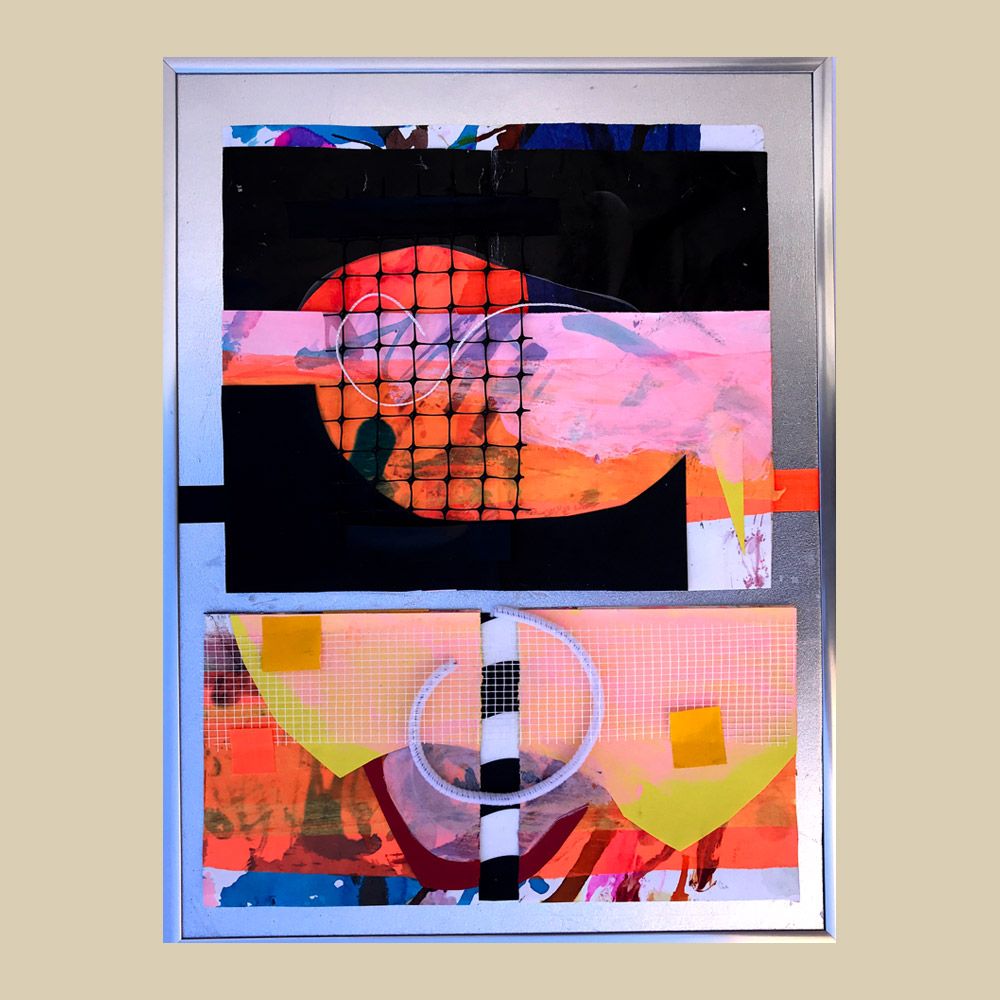 To conclude I am wondering if our creative attraction towards provoking accidents in order to shift perception and some how speed up/mirror our evolution has something to do with the fact that entropy or disorder is constantly increasing on the macro scale of the universe. If evolution manifests itself as an increase of disorder, are we artists unconsciously pushed to express/channel/mirror the aesthetics of ongoing universal entropy?